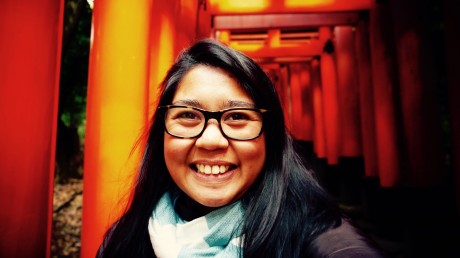 Kristine Michelle “Khursten” Santos is a postgraduate student at School of Humanities and Social Inquiry in the University of Wollongong, Australia. Her areas of study include gender, Asian and social history, popular culture, media and cultural studies.

She has been actively writing about manga and Japanese culture in her website, Otaku Champloo, since 2006. Her endless rambling about manga has made her contribute to websites such as mangabookshelf.com (Banana Fish Roundtable), and in the now defunct Mangacast. She has also written about manga for one of the national broadsheets, Manila Bulletin.

You may view a PDF of her current Curriculum Vitae here. For more information about her research, visit her Academia.edu profile.

When Khursten is not studying manga, she challenges her palate by hunting for awesome restaurants or cooking a new recipe. When called for a conference, she takes time to enjoy her travel a bit before jetlag disrupts her body rhythm altogether. She also loves BL. She is a fujoshi.