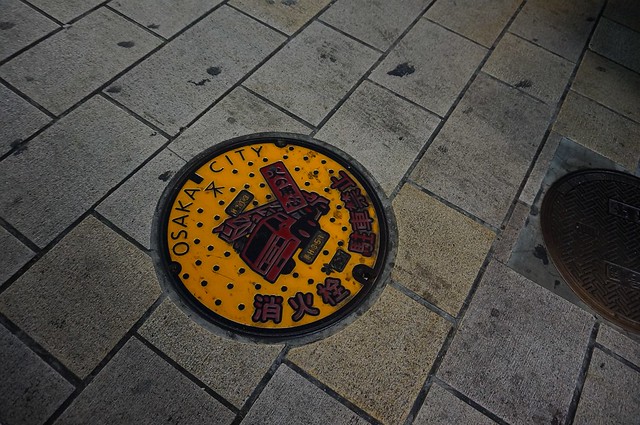 Sounds awful coming from me but trust me, it’s not the kind of ‘manhole’ you’re thinking of.

I’m referring to the awesome manholes you’ll cross while walking around towns and cities in Japan. It’s such a delight seeing these manholes because honestly, who would think of manholes as a part of a cityscape, let alone have the potential to bear a city’s identity? Certainly not in Manila. Definitely in Japan.

Anyway, here’s a rundown of some of the lovely manholes I’ve crossed during my trips! 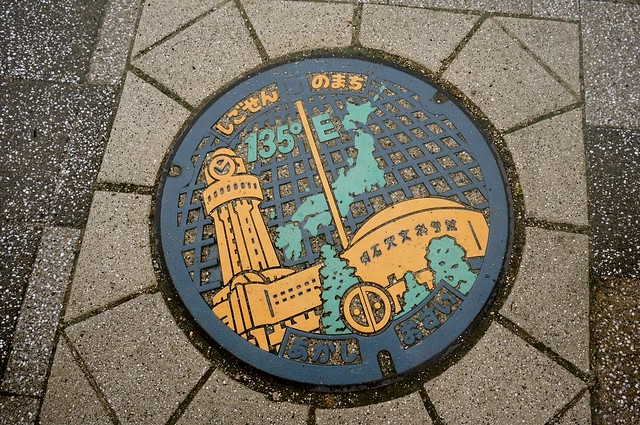 This manhole features the Akashi Planetarium which is located at exactly the 135 Meridian East, the latitude that represents Japan’s position in the international date line. 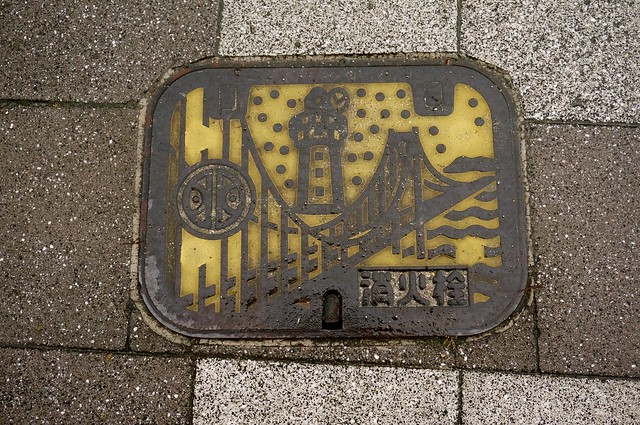 This manhole features Akashi Bridge, the planetarium, and the Akashi emblem. The Akashi bridge, is a very pretty bridge to see! 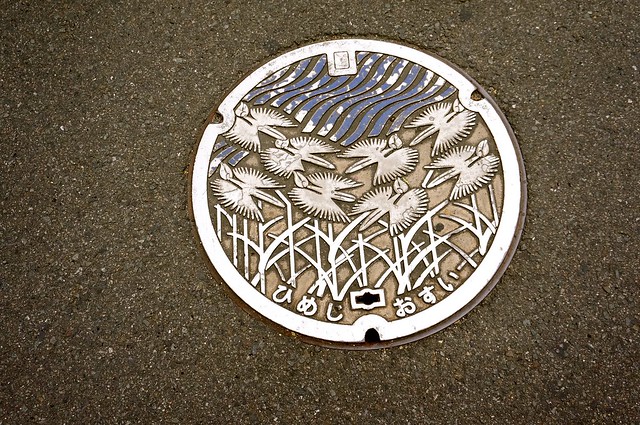 This features Himeji’s official flower, Sagiso, a pretty white orchid which I never got to see during my visits to Himeji. ; 3; 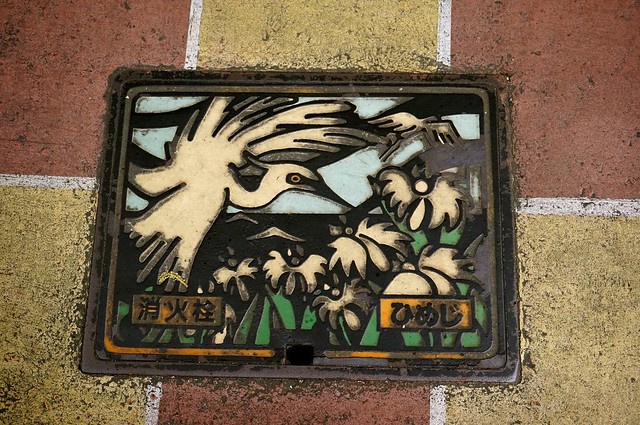 This one features the Shirasagi (white heron, including egrets) which is the city’s official bird. Does Manila even have an official bird? Do sparrows count? 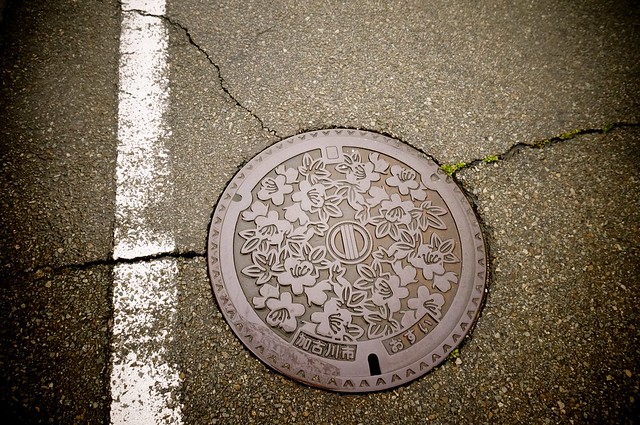 A friend of mine lives in Kakogawa and these are azaleas which is the city’s official flower. :3 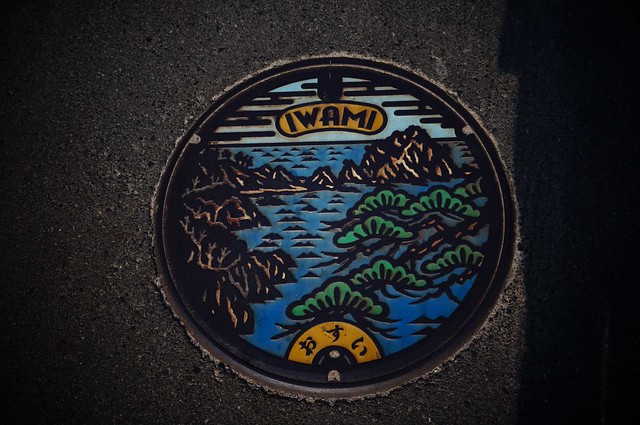 Iwami’s manhole features their famous rock geopark which is honestly just as stunning as this manhole! 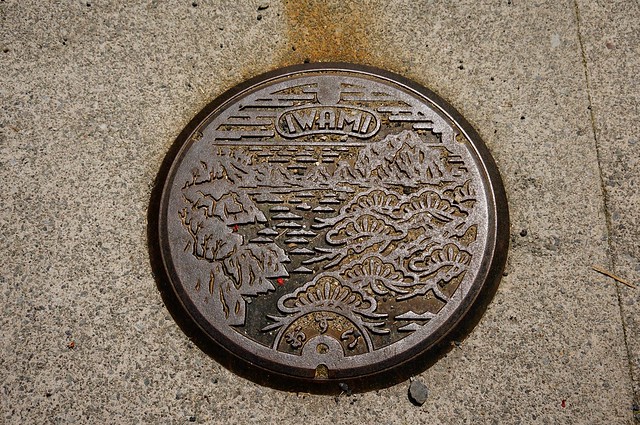 Here’s the black and white version. 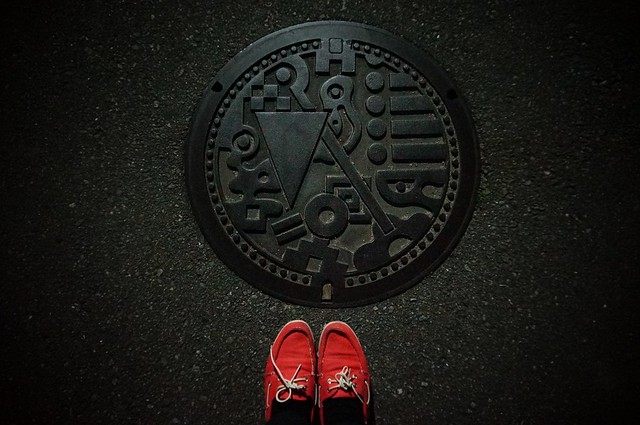 I wish I knew a little more about this manhole but they have different designs all over Hakata. ; 3; 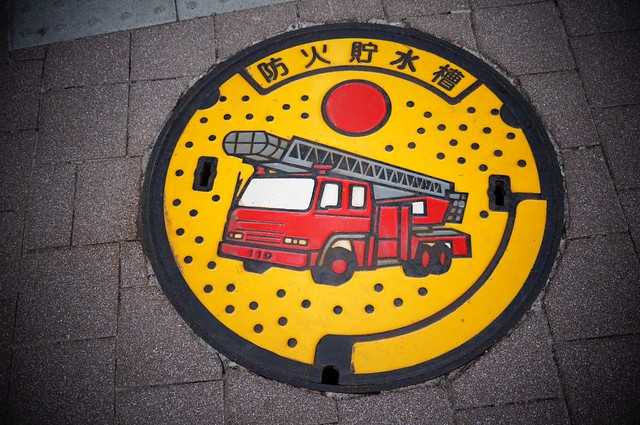 Vibrant and colorful but unfortunately, there’s a lot of cities with this design. I found this while walking from Akihabara to Ochanomizu.

I’ll probably add more in future posts but I hope I could get you started on a manholespotting journey with me. Unless you’ve already started. If so, do share them with me! Like, I wonder if I go to Takarazuka, will I see manholes featuring Takarazuka or characters from Osamu Tezuka’s works? Also, I love saying manhole within another context. There’s a coffee table book about Japanese manholes called Drainspotting, but what’s the fun in that?

There’s also an awesome flickr group and blog featuring these Japanese manholes. And if you feel like joining Japanese enthusiasts with their manhole hunt, you can even join Japan’s Manhole Cover Society.