My Happiness in Eating Hakata Ramen at Ippudo

It has been months since I’ve been in Osaka but I am still basking in the high of having gone to Japan and returning in one piece. One of the masterpieces that I tasted there was not a native Osaka dish but still one of the best in Japan.

Hakata ramen claimed its fame in the late 80s as it was  a fresh vibrant flavor for Japanese ramen. One of pillars of Hakata ramen is a shop called Ippudo who greeted me with a sign that eagerly awaited the happiness I’ll feel when I eat their ramen.

This ramen was highly recommended by my friend Tricia. To her, this was the BEST ramen she’s ever tasted and swore her life upon this ramen. I’ve had my fits of local ramen nirvana and completely understood what she meant. Hakata ramen, famous for its deep flavored pork broth (tonkotsu), was outside of my palate. I’d like to understand why some people would wait hours just to taste this ramen. This happiness was something I looked forward to. 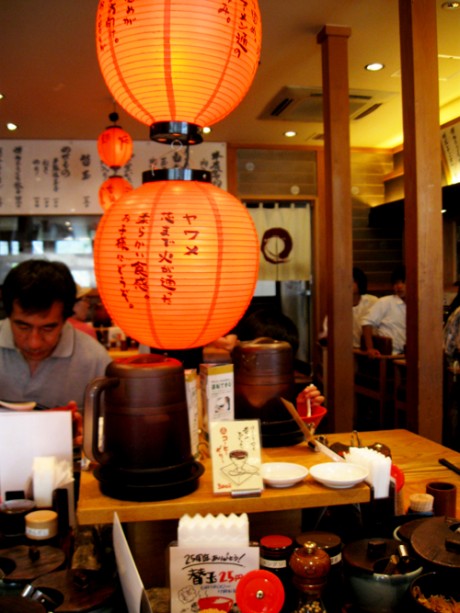 My friend and I got the bowl with char siew and egg in it. There were other varieties, but it’s really just a difference in toppings. The wait for the ramen was riddled with chit chat about Osaka life, as we shared lunch with two of Tricia’s friends. Idly on the table counter were two large bowls that Tricia immediately dug into. I’ve got to try it, she said. It was something awesome to the palate. 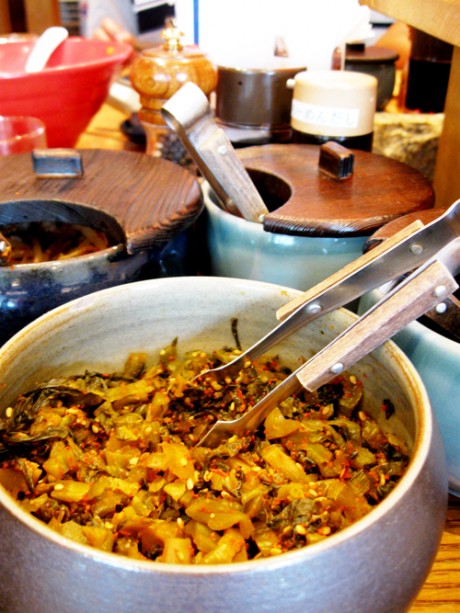 Inside the bowls were marinated moyashi (togue/bean sprouts) and marinated greens. I have no bloody idea what were in those marinades but it was something similar to kimchi except subtler if not elegant. I dug in just as much as I munched more of this. It was an explosion in my mouth that Tricia had to remind me that I should show some restraint since the main star wasn’t around. Restraint was out of question as I still snuck in a few more bites of the moyashi. Of course that changed when my ramen arrived. 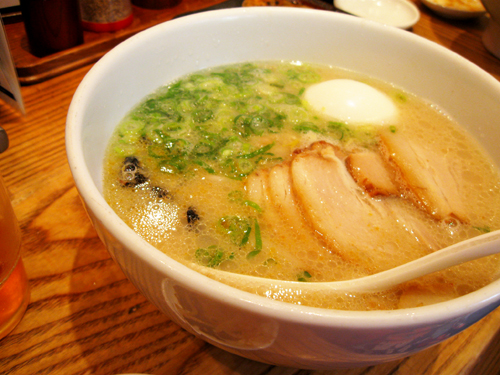 I cannot understand this ramen. I have no words that can justify how awesome this ramen was.

It’s light flavored but it’s deep bodied. It looked completely neutral with its pale color but it’s filled with character. Every time I took a slurp of that ramen, I was saying, “What the hell is this? Is this pork or alien broth? I can taste the pork but it’s not just pork is it? There’s garlic but there’s just– WHAT THE HELL IS THIS? WHY IS IT SO GREAT!?” Every time I thought I already understood what was in that broth, the thin noodle would contest to me that I haven’t. The egg would tell me otherwise. If I took a bite of those marinated togue, another flavor would emerge. The same went if I had a gyoza. And the broth would shroud itself again in mystery and mock my tongue with a big “Oh yeah! I’m bloody awesome!” 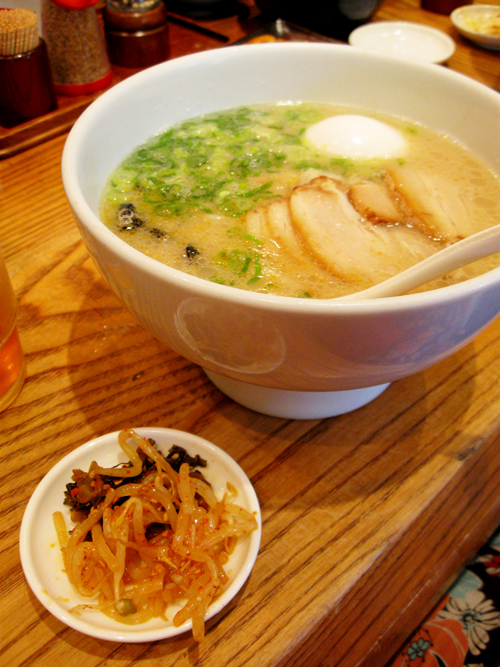 At one point in that meal, I wanted to cry. It was an experience to be reckoned with and that ramen shop had defeated me completely. And as I struggled with the amazing of that ramen dish, Tricia’s friend told me that Ippudo wasn’t the best yet.

If that was not the best, I just can’t imagine what was the best ramen would be like.