Nothing comforts me more than a bowl of chicken noodles on a cold rainy stressful day. It hasn’t been easy as of late, and sometimes you want something quick and good to remind you that there are some things that can warm your heart.

My good Japanese friend gave me some food for comfort, and quite an interesting one at that. She gave me the packet of first chicken ramen. Not that this was the very first packet but it seems that Nissin has kept the tradition of the product that changed the world. 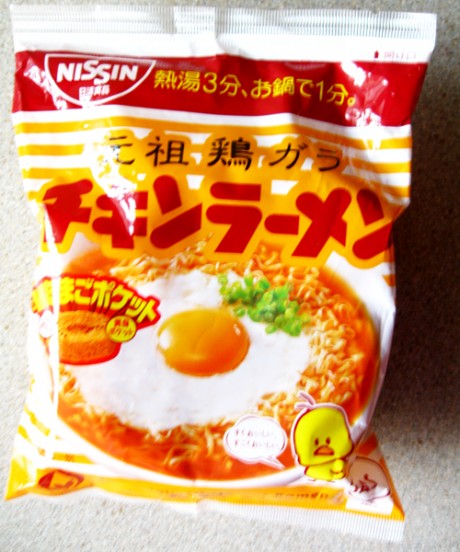 Chicken Ramen was born from Japan where hard labor was the key to survival after the war. Preparing a lavish meal was out of the question hence a pioneering ramen cook, Momofuku Ando, founder of Nissin Ramen, decided to fry up some flavored noodles until they were dry and then sold them to some loyal customers. It was expensive at first but now we know it’s the most accessible item to many.

And why wouldn’t it? Unlike the chicken ramens available to us, this chicken ramen was very straightforward. No packets. No crazy oil. Just a simple packet of rust-colored noodles waiting for its boiling water. What was stranger for me was the instruction said I should just cook it for 1 minute in boiling water. It’s good enough to even steep for 3 minutes with hot water. My friend suggested that it tasted best with one egg. So following all of their instructions, I boiled up some water, dunked all of the noodles, cracked an egg in, and waited for a minute. Actually a little more since I had to make a quick drink of water.

The result was a nice humble comforting soup with noodles rich in flavor even without the crazy packets. It was heartwarming without being too plain or too simple. I expected salt and the egg I tasted. However, the egg, half-cooked, thickened the soup once you break it in the broth. And the broth had this lovely soft flavor of egg, chicken, and strangely, roasted sesame seeds. When I cooked the noodles, it even had sesame oil in it and I remember quite frankly that it didn’t have those crazy oil packets. I personally loved that strange roasted flavor of the noodles which made the ramen completely aromatic and engaging — like your mother welcoming you home on a wet rainy day if she had perfumed herself with a bit of sesame oil. You just want to sink into the ramen and you sigh in comfort in joy once you’re done. As you leave it in your bowl, the noodle just soaks more of the broth. It’s alright when that happens. If you like your noodles softer, you can leave it an extra minute more. If you like it a little mushy, you can leave it a little longer. 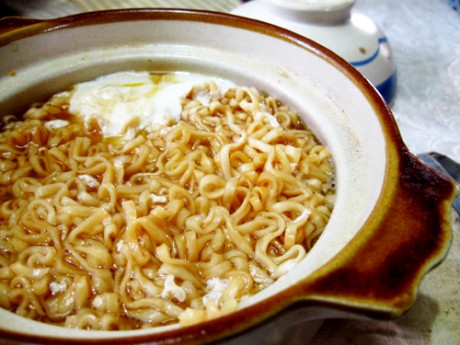 Eating the ramen makes you understand why this lived on and made an industry that sustains us in an instant. This ramen is also conveniently available to us through Chotto Stop, in Little Tokyo Makati. It costs 78 for 2 packets of ramen. And I tell you, it’s one of those things that definitely makes the day a whole lot better.