Starting the year with Jaga-Bata 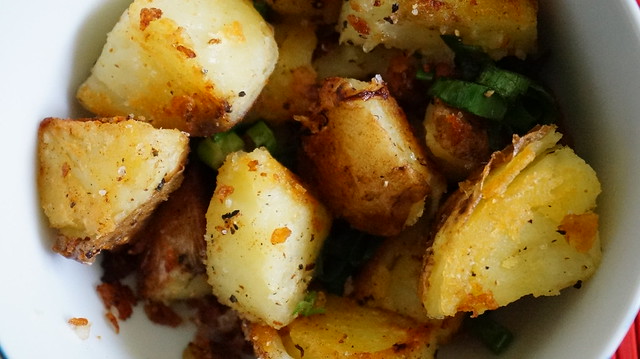 A lot has happened in a year. I can’t believe that I’ve been here in Australia for almost two years although technically I’ve actually been shuttling around here and there for the past year. 2014 was a particularly busy year for me that there was hardly any time for me to sit down and write something that’s related to this blog.

Okay. I lied there for a bit. I did write a 30++k fanfic last year and it was crazy. Feels happened. Ships happened.

But that doesn’t change the fact that I’m living quite comfortably in a new place, this time with a roommate who has benefitted from my experiments with food over the last six months. She has asked me time and time to put up the recipe here and it always slips my mind until I realised a year has passed since I’ve written anything. Hence, here I am again, trying to start anew.

Last year, one of my favorite eats in Japan is jagabata. It’s basically buttered potato and to be honest, nothing about it is spectacular because it’s really just butter, potato, and soy sauce. I’ve seen a jagabata where it has a baked potato splashed with soy sauce and a melting slab of butter on top. I’ve also tasted deep fried potatoes in butter.

I tried the later here in Australia and it was all right but it was too oily for me. So I tried cooking it differently and this second try turned out to be quite perfect. 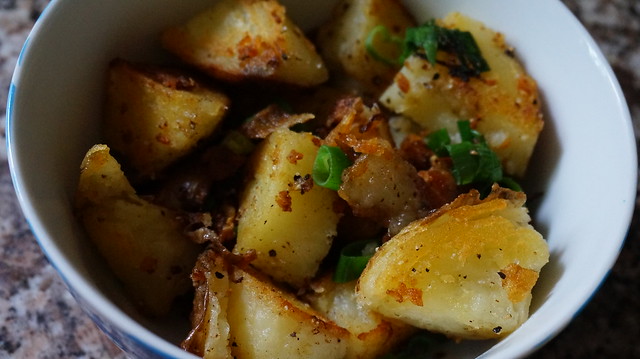