What would I have cooked up if I was 12. 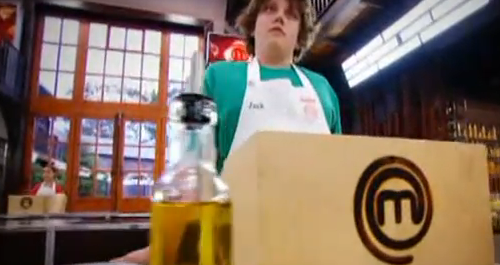 I’ve been seeing the advertisements of Junior Master Chef Australia in Star World and while I had an impression that it was just kids dishing out kiddie experiments, the final product of their dishes were not short of amazing.

Wow. These kids just know their stuff. And I’ve only seen the advertisements! I mean lamb wellingtons and nicely cooked fishes are just possibly part and parcel of what they’re capable of cooking. And they’re just half my age!

The show will start on January 16 at Star World and I was just thinking on what I possibly cook if I was 12.

At that time, the only thing that I was cooking was spaghetti and some lamb. I love lamb but I can’t say I’ve perfected lamb. At that time, my family would buy the “Buy 1 take 1” lamb chops from Rustan’s and I would cook it up either as a stew, ragout, or just beautifully seared. Of course, these pieces of lamb is pale in comparison to the lambs seen abroad. More so, our family is just in love with overcooked lamb. No moist, sweet, pinkish parts. I think I’m the only one who liked my lamb pinkish.

But I think at 12, I would have cooked up a wicked spaghetti. The spaghetti was the first thing I cooked on my own and I think, since I was 10, the spaghetti has always been assigned to me as my Christmas duty. Every year the tastes changes because I experiment with the flavors. I think at 12, they would have tasted a spaghetti with an asian flair of soy sauce. It ain’t much. It ain’t even spectacular. But I knew for a fact that at 12, it tasted awesome. At least my family loved it.

I’m excited to watch the start of Junior Master Chef Australia. I know it’s long gone finished, but I think the show might just help me think of what I would have done if I was 12.